Son of an adman… 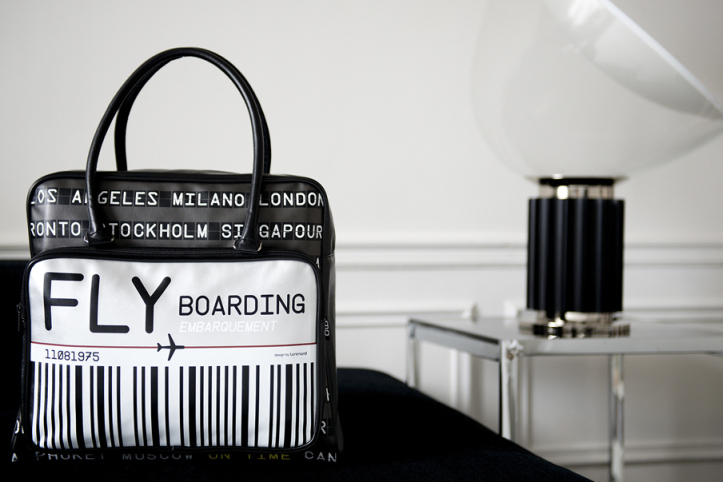 With a minimum of words, a touch of humor and an artist’s eye for typography, Yannick Renard gives ordinary objects a unique graphic style.

As a designer and graphic artist deeply influenced by the 70’s and 80’s of his childhood, Yannick Renard is especially fond of “vintage”: vinyl and record jackets, advertising and pop art.  This thirty-something creator likes simple, direct messages, ones that shake you up.  Between puns and illustrations, his preference goes to the play on words and creative typography, admitting a particular affection for English, for him, it’s a wacky and sexy language.

Yannick Renard is part of the old guard at DLP.  This fan of vintage cars and the associate director of a communications agency, joined the company in 2006, intending to develop a range of design and graphic products.  This adventure, full of repartee and bright colors, and definitely a far cry from his daily life in the refined universe of luxury, was a breath of fresh air for him.  Under his well-chosen nickname Le Renard (The Fox), he leaps from one design and success to another and especially his trivet, “Very Hot” and the “Cat” series.  Refusing to be lulled into a sense of complacency that would ultimately block his creativity, he constantly renews his style.  With each collection, he stands back and tries to tell a new story to make people dream. Each time, the slate is wiped clean, giving him incomparable freedom, absolutely essential in the eyes of this gentle dreamer who named his agency “7th Heaven”.
Showing 1 - 1 of 1 item
DLP utilise des cookies afin d'améliorer ses services en permanence et de permettre certaines fonctions. Si vous continuez à naviguer sur ce site, vous en acceptez l'utilisation. Plus d'infos